Huge congratulations to Sheila Fischman, one of the recipients of this year's Molson Prize. Sheila is one of Cormorant's longest contributors, having translated many of our French-language novels including The Perfect Circle, Volkswagen Blues, and most recently Aegean Tales.

The jury had this to say about her: “With more than 125 translations of works by Quebec authors to her credit, Sheila Fischman has introduced Canada’s French-language literature to countless English-language readers both at home and abroad. Her phenomenal body of work has made a significant contribution to Canadian heritage by giving expression to a wide range of voices and building bridges between the two cultures. Literary translation is an under-recognized art form, an act of creation in which the creator is often anonymous. Ms. Fischman has perfected this art form and deserves to be applauded by all Canadians.”

Here are some photos from the ceremony, which took place last night in Montreal: 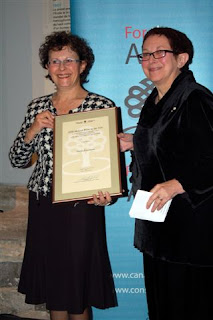 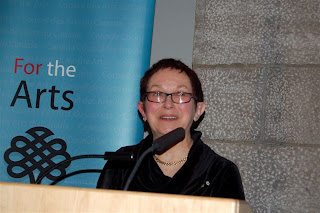 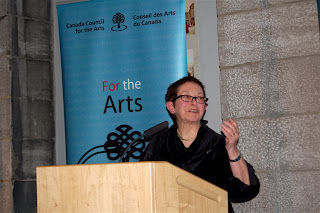 Posted by Cormorant Books at 3:52 PM