So you've been longlisted ...

The stream of traffic to our website just got a whole lot busier.
Because of yesterday's exciting news that one of our Spring titles, The Heart Specialist by Claire Holden Rothman, has been longlisted for the 2009 Scotiabank Giller Prize, we've been in a rush trying to get the word out to people who don't know and fielding inquiries from people who do know. It's been eventful, to say the least.

Full disclosure: This is my first time working with a book that has a shot at one of the two biggest Canadian book awards. Last year we were shut out, but that was okay because M is for Moose was (and is) selling like bonkers and the two eventual winners, Joseph Boyden (2008 Scotiabank Giller Prize) and Nino Ricci (2008 Governor General's Literary Award) just happened to have their early works (Born With a Tooth and Lives of the Saints, respectively) re-issued by us that very season.

So I was kept plenty busy while spared the possible heartbreak of watching one of our books lose. And if I missed the chance to experience the sheer jubilation of victory, to have my heart leap like a demented stag at the prospect of good publicity and better book sales, well, so it goes.

But thanks to Claire's genius and the toil put in by our team, we have a shot at the Giller. Huzzah!

So what does this longlisting mean for us, the folks on the front lines? Well, there's a press release to write and release ASAP. There's a few tweaks to the website that need to get done - nothing major, though that could change should The Heart Specialist make the cut for the shortlist. There's fielding inquiries from foreign publishers looking to see if they'd want to add The Heart Specialist to their lists. There's blogging and tweeting and facebooking to be done.

Oh, and there's the waiting. The tortuous waiting. Let's see how much candy is eaten before October 6th.
Posted by Cormorant Books at 12:45 PM No comments:

In carbon-neutral Eden Mills
a place with trees and brooks and hills
there was a festival of writers
poets, dreamers, thought-igniters
and we went too, like moths to flame
for words and torches burn the same. 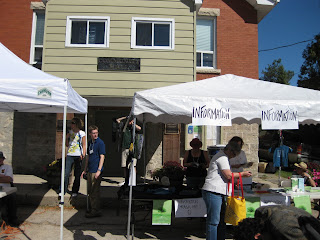 I took this news in decent mood
until the cab driver, a nice enough dude
decided Union Station was due west
"It's my second day," he would confess.

Thirty buck meter told me I was late
I paid the fare, ran to the gate
and saw a sign that made me surly
I was half an hour early.

Our publicist, Laura Houlihan
the lady who lays the best of plans
showed up and we were on our way
to Burlington, hooray! Hooray!

Our intern Lindsay, she drove down
from her home in the Steel Town
and carried us on the final course
to Eden Mills - oh look, a horse.

The Festival was kicked off in style
as the Town Crier cried for a while
about the attending literary stars
and how our cell phones would have no bars. 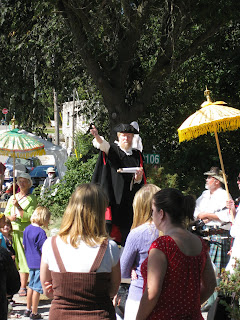 The sun was bright, the sky was blue
for the reading by Hélène Rioux
and Jonathan Kaplansky, too
from a great book that's coming soon! 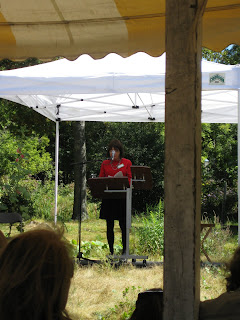 Hélène Rioux, author of Wednesday Night at the End of the World 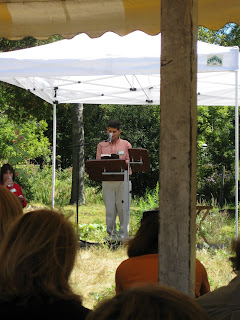 Jonathan Kaplansky, translator of Wednesday Night at the End of the World 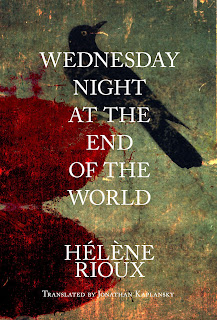 Charles Pachter read to the youth
about several Canadian truths:
butter tarts are our nation's own
and moose should sit atop our throne. 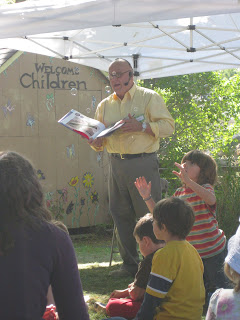 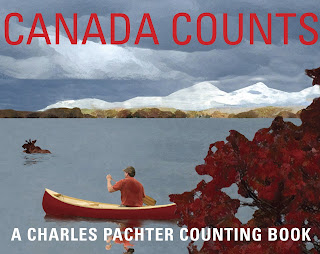 The afternoon walk back to the car
was one of the prettiest by far
to keep these vistas in my brain
I think I'll mount them in IKEA frames. 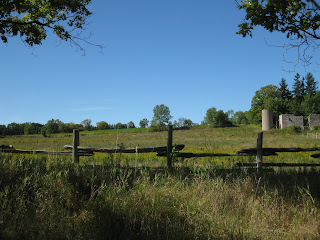 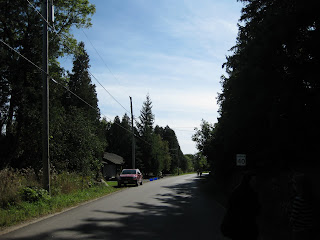 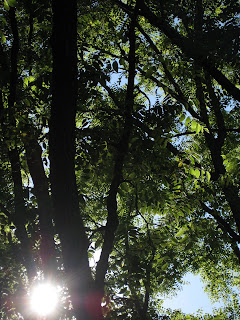 And so I end this doggerel
Was it a good idea? Time will tell.
But one thing I can safely state:
For next year's festival I can hardly wait.

Fin
Posted by Cormorant Books at 10:01 AM No comments:

The Heart Specialist longlisted for the 2009 Scotiabank Giller Prize

We're ecstatic to announce that Claire Holden Rothman's The Heart Specialist is one of the twelve novels longlisted for the 2009 Scotiabank Giller Prize, along with works by such esteemed authors including Margaret Atwood, Ann Michaels, Shani Mootoo, and Colin McAadam.

View the list here.
Posted by Cormorant Books at 9:10 AM No comments:

And now for something completely different ...

Starting next week, I'm going to take a new approach to this blog that will hopefully be even more interesting than what we've got right now. We're going to try and provide more access, more candor, more insight into the day-to-day operations of a small press. So look forward to that!

In the meantime, here's a Wordle based on the entry page of this blog. Interesting what comes up as the most oft-repeated word:

We're going to be in Eden Mills on Sunday for the Eden Mills Writers Festival. Charles Pachter, Hélène Rioux, and Jonathan Kaplansky will be there.

Or if you're in the Sharon, ON area this weekend, why not check out the Words Alive Literary Festival? Jeffrey Round will be there to promote his new novel, The Honey Locust.
Posted by Cormorant Books at 1:47 PM No comments:

The above trailer for Cary Fagan's fantastic upcoming novel Valentine's Fall presents a bit of a milestone for us. It's the first (of hopefully many) trailers featuring music by awesome local artists who deserve as much of the spotlight as they can get.

The soundtrack for this video is 'Gladstone Hornpipe', off of the 2007 album Pigtown Fling by Toronto underground bluegrass legends The Foggy Hogtown Boys.

For more on the Foggys, as well as to listen to sample tracks (my personal favourite is 'Paul David' from Pigtown Fling), visit their website at www.foggyhogtownboys.com.

And don't forget to check out this awesome article on Valentine's Fall at mandolincafe.com, a great web resource for all things mandolin-related.
Posted by Cormorant Books at 9:25 AM No comments:

Preview: Because I Have Loved and Hidden It by Elise Moser

Thirsting for love, for sex, for connection, Julia grasps at
threads of those who have left her behind. She grapples with
the mystery of a family secret, as well as the absence of her
lover, and a second passionate affair that takes her by surprise.
Because I Have Loved and Hidden It asks where we fit
in others' lives, and where we fall through the cracks.

Posted by Cormorant Books at 3:48 PM No comments:

Email ThisBlogThis!Share to TwitterShare to FacebookShare to Pinterest
Labels: Because I Have Loved and Hidden It, Elise Moser, previews

Preview: The Honey Locust by Jeffrey Round 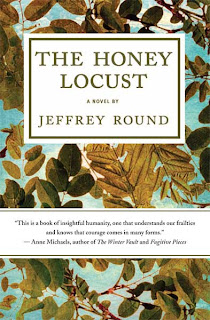 War may scar the globe, but home will break your heart.

Globe-trotting photojournalist Angela Thomas is sent to cover the civil war in Bosnia. While there, she makes unexpected attachments that open her eyes and cast her old life and old problems in a completely different light.